Venezuela in the abyss – by Humberto Andrade Zambrano

The project of the so-called socialism of the XXI century advances without stopping to control the few spaces of freedom that still remain in Venezuela.

Apparently calm Venezuela lived this August 20, a key day in which Chavismo plunges the country into a deeper and deeper crisis that does not arrive by accident or improvisation but as a need of the political system established since 1999 to evolve to a stage of greater control and repression on the individual.

The economists who in good faith have tried to find some sense in the economic announcements made by Nicolás Maduro in recent days have found that the explanation given by the officials is insufficient and that the effects of the actions that are going to be undertaken are contradictory with the statement that is made of them.

The sure thing is that with these measures Venezuela makes official its self-inflicted “special period”, matured for 16 years and that far from signifying the fall or collapse of the system, it is rather the solidification of its most tyrannical and oppressive version. The destruction of the currency, achieved to perfection, ends with the entry of the duality bolívar soberano / Petro and serves as an excuse to directly control the small and medium enterprises that still survive courageously in Venezuela.

The point of no return to which the country has been taken in 20 years of Chavez government would have seemed unreal to the observer and political analyst if it had been presented to him at the end of the 1990s as it is today. Then, many reasons would have been used to completely rule out the possibility that Venezuela could reach a situation like the current one. But a show of the evolution of the economic history of contemporary Venezuela shows that, as happened, the pauperization of the country was possible.

The economist Hugo Faría, senior consultant of the Academic and Research team of Econintech, has exposed how throughout the 20th century, especially as a result of the establishment of the democratic regime in 1958, the economic policies implemented by the successive governments increased the size of the state, its participation in the economy as owner of means of production, as well as its intervention in the markets through various mechanisms.

The study made by Faría in his article “Hugo Chávez Against The Backdrop of Venezuelan Economic and Political History”, describes in detail the exponential increase of state participation and intervention in the economy through socialist and mercantilist policies that provided resources to the rulers of shift while they took away economic freedoms, and finally also the political ones, to all Venezuelans.

While Maduro threatens more persecution and more widespread repression, some opposition sectors have aimed to call for a general strike that has been carried out to a certain extent but that did not have an orientation towards a clear political objective. The discredited and atomized opposition does not propose actions that it can execute with some force.

Part of the opposition problem is that his speech mimics the Chávez discourse and shows that the historical vision of Venezuela proposed by teh late politician has been imposed as official and accepted by all. Spokespersons for one of the main opposition parties (with imprisoned and exiled leaders), as well as the editor of one of the most critical newspapers with Chavismo, described what Maduro announced as a “neoliberal package”..

They have even compared it to the measures announced by president Carlos Andrés Perez when he began his second term in 1989 which, according to the same vision imposed by the Venezuelan left, produced the so-called “social outbreak” on February 27 of that year. With such a distorted and shared economic vision among actors who are supposedly antagonists, it is understood how the program of social control imposed by the Venezuelan socialist revolution has reached the point of sophistication that it has today. 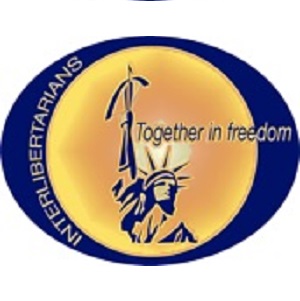